Onto the final section of the codex then (if you don't count Lords of War that is). In the old book this section was basically Long Fangs plus the odd Land Raider. Let's see if the new book can change all that. 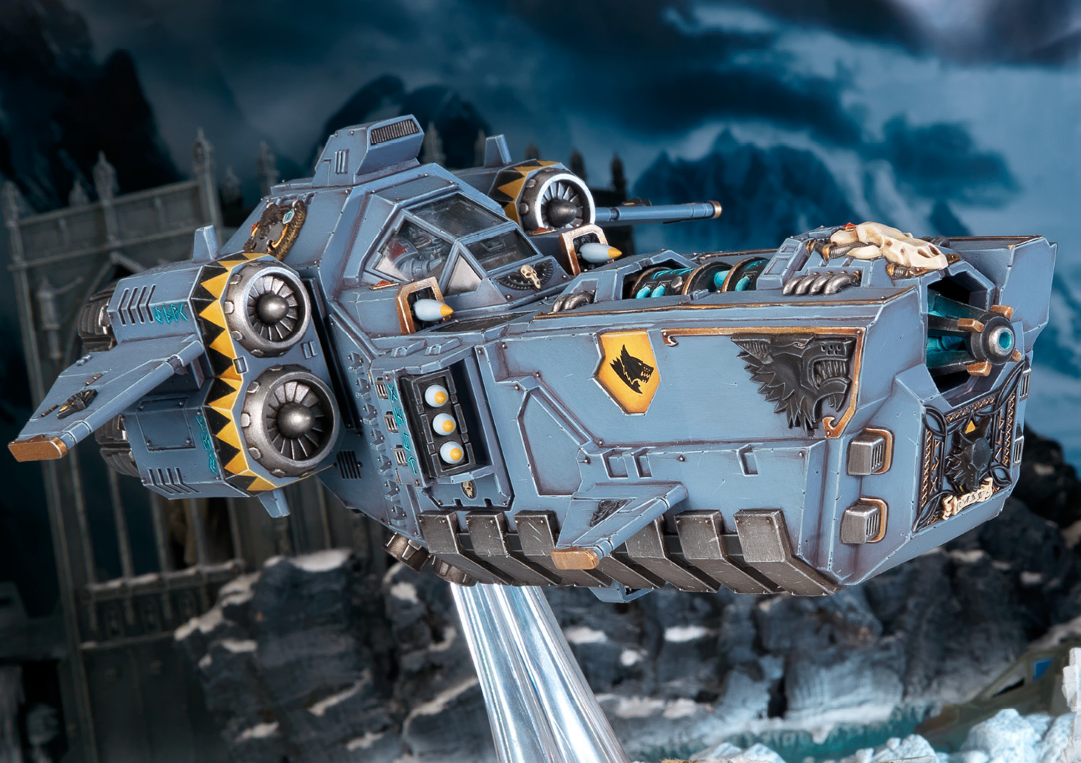 As promised in the Stormwolf bit I want to talk a bit about the comparison between the two. The most obvious difference is, of course, the transport capacity. The Stormfang loses 10 spaces for the helfrost destructor and loses Assault Vehicle in the process. The latter is the big deal really. Since most of your wolfy units are about combat rather than shooting it'll be turn 4 at least before you get there with the six men from a Stormfang (arrive turn 2 and get in close, hover turn 3, assault turn 4). That's assuming you arrive turn 2 as well! That to me means you're best going with something like a pack of wolf guard with combi-plasma or melta for a disembark alpha strike or just a minimal points unit of blood claws for holding objectives. There is of course an option three which is to run it empty like people do with a stormraven sometimes.

I think the Stormfang, like the Stormwolf is best equipped for anti-tank duties due to its speed and low AP weapon options. That means lascannons and multi-meltas which make it 20pts more expensive than the wolf. The debate then comes down to which is better, helfrost destructor or twin-linked helfrost cannon. It's a difficult one to call but I think the twin cannon comes out best. The S6 AP2 large blast is tempting but a lot of the time the S6 AP3 small blast from the cannon will be just as effective as it's more accurate and with standard coherency spread it'll probably score a comparable number of hits. Obviously AP2 is better against light vehicles and 2+ armour but I think a lot of the time you'll go for the S8 AP1 shot anyway. Speaking of which Lance is rarely useful (although I think AV13+ will make a comeback) and you've got melta for that anyway.

Personally I've built my model as a Stormwolf as I think it offers more utility but if you're running it empty then there isn't a lot to choose between them. If the stormstrike missiles were AP1 then I'd be more tempted. Concussive is nice to help your assaulting units mind you. 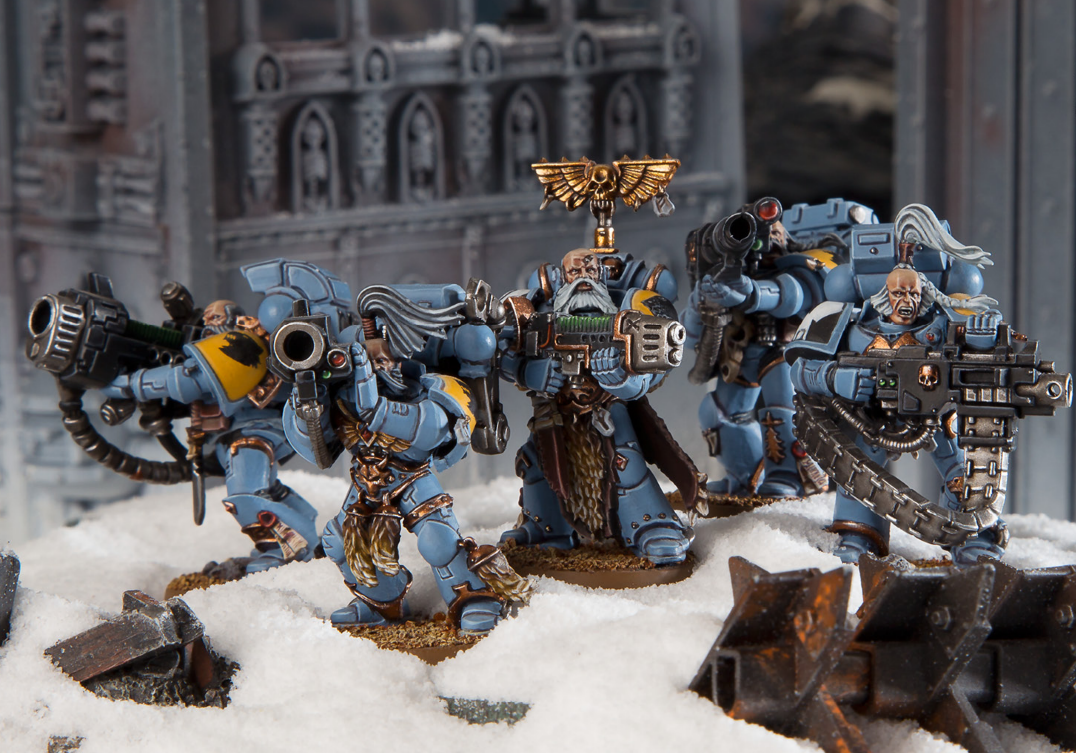 A staple choice in 5th edition the Long Fangs had already suffered quite a bit from the changes to vehicle damage with their standard loadout of krak missiles being unable to explode anything but open topped vehicles. They also suffer in these days of massed S6/S7 fire as they can be made to take far too many saves for a small squad. The standard 4 missile set up is also more expensive now but does come with the option for flakk missiles. With lascannons a little cheaper and AP2 being handy it makes me tempted to swap them out although this does make for an expensive unit. You can still add a wolf guard pack leader but since they're already Ld 9 it doesn't seem especially necessary. It's a shame cyclone launchers are now limited to terminator squads though as it was nice to stick one in with long fangs for a 2+ tank and extra missiles.

There's also one subtle change that people may not have noticed and that's the Fire Control has been replaced with Split Fire which isn't quite as good. Split Fire only allows a single model to fire at a different target whereas before you could've had two lascannons shooting a tank whilst the other 3 long fangs fired their frag missiles at some infantry. You don't need the squad leader, sorry ancient, to be alive to use Split Fire though, in fact you could do away with him completely and take a wolf guard instead now.

To me Long Fangs seem a bit of a relic from a bygone era. They're too static for the current game and don't offer enough punch any more. A squad of lascannons isn't necessarily a bad idea but I'm struggling to write them into my lists right now. As a final note, do bear in mind that since they're scoring now they could quite happily be static and holding an objective of course. The vindicator is more expensive than the old codex but actually cheaper than the SM version (although you lose a storm bolter and therefore some protection against weapon destroyed). Otherwise it's the same beast and has the same potential as ever although it rarely lives up to it. I do think AV13 is worth looking at again though as it could prove pretty tough to shift for a lot of armies.

The whirlwind is significantly cheaper although the same as the SM book. In the right situation it's great and it's certainly cheap. I can see a role for it in a mechanised list and Barrage is always nice. Just a shame there are probably better things to spend the points on as I love the model. Missiles are cool!

The predator is again in line with the SM book where the lascannon version becomes cheaper but the dakkapred is more expensive. I don't think two lascannons and a twin-lascannon is bad for the points and as I say AV13 could potentially prove to be more effective now. 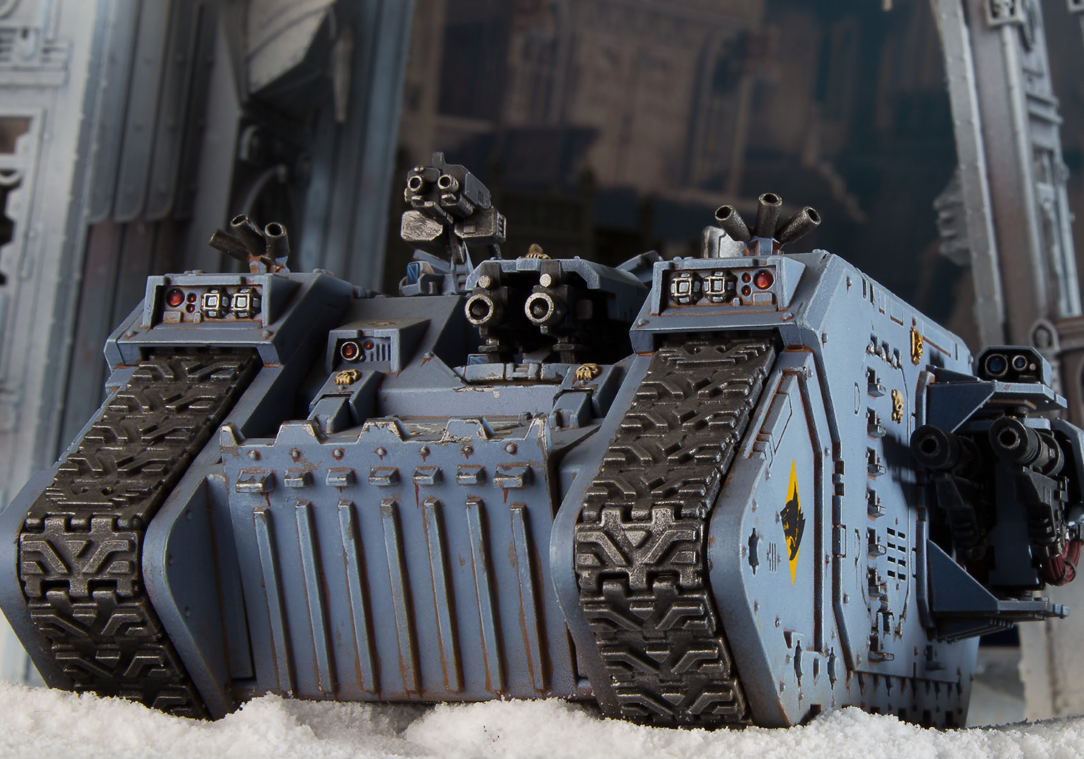 There's literally nothing new about the land raiders. They're the same as they were in the last book. I think they might make a bit of a comeback now though as in my games of 7th so far they've often survived until the end of the game (or they meet a wraithknight in combat). They should certainly survive long enough to get their occupants into combat and as ever they have a decent amount of weaponry once they've delivered their cargo.

It really comes down to a style choice I suppose. They're still not cheap and perhaps effectively more expensive when the price of a lot of other stuff has dropped. That means you have to decide if you want to run a smaller army for the protection that AV14 offers. Sticking Arjac and some terminators in one is still excellent and a crusader full of blood claws with a priest/Lukas is a terrifying prospect for most armies.

Conclusion
As I've been writing lists over the last couple of weeks since the codex hit I've rarely found myself taking any selections from the heavy section at all. There's been the odd land raider here and there but often I've used a WG dedicated transport instead. It's difficult to find a role for most of the heavy choices in wolf armies that are either dropping in from the skies or charging headlong into combat on the back of thunderwolves. I'd love to try out a mechanised force but it just feels like you haven't got enough bodies on the table a lot of the time.

The Stormfang might get a look-in every so often but if you're running a CAD then the Stormwolf makes for a better choice as it can have Objective Secured as a dedicated transport. Otherwise I don't really expect to see many armies including heavy choices which is a sad thing given our former love for Long Fangs.

There's just one guy left to talk about now and he comes with a whole supplement dedicated to him so I thought I'd cover his codex rules alongside that.
Posted by From The Fang at 17:00:00