The Challenges of Introducing New Players to 40K 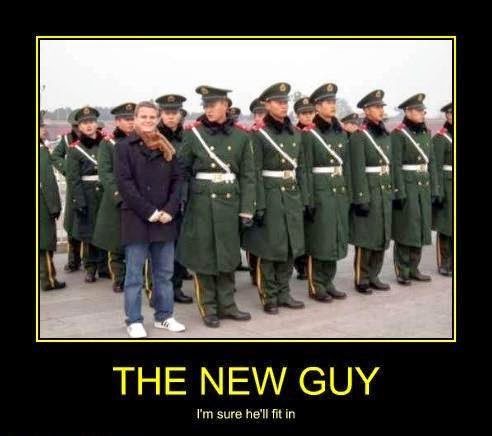 Warhammer 40,000 is at a very difficult stage at the moment. Games Workshop are moving the goal posts on an almost weekly basis. This has been brought to the fore recently for me as I'm trying to introduce a colleague to 40K. We've had a couple of games and he's already picking a lot up but the problem is that there's just so much to learn. I keep on telling him that the mechanic is pretty simple. Basically you need to roll a certain score and there are modifiers which either make it easier or more difficult. Sounds easy enough.

He's never done any wargaming in the past so all of the concepts are new. Obviously it's easier to introduce 40K to someone who's ever role played or even played Risk. My original idea was to start with Kill Team as a means of learning the basic mechanics without drowning in depth. Still though you find all the exceptions creeping in. Think about the different rules required to play a legal game of 40K. There's the core rulebook, codices, supplements, dataslates, Forge World, White Dwarf, Escalation and Stronghold Assault. You could potentially add Planetstrike, Cities of Death, etc to the list but they don't usually feature in games. Still that's quite a list. I'm sure if you listed out all of the individual publications there'd be a huge number. Of course some of these are optional and in casual games you can pick and choose. Go to an official GW tournament though and all of those things are legal.

You might say that you only need to know the rules for your army. That's true to an extent. When you play a new army for the first time your opponent will explain what his units do. Think about it though, if you play an army you've never played before, how much of that explanation do you actually take in? If I'm running my Wolves and I play Dark Eldar or Tau there's very little an opponent can do to surprise me (rules-wise at least). That isn't to say I won't lose but I'll know exactly what his army is capable of and I'll tailor my tactics accordingly. Every time I play a tournament game I learn something new though. There's always some rule I thought I understood but I realise I've been interpreting incorrectly.

To really be any good at the game you need to understand the capabilities of your opponent's list. That doesn't mean you need to have a thorough read of his codex but you at least need to know what his army is capable of and what units need to be avoided or else killed first. There's already a huge number of factions in the game and each has it's own little nuances. Having played the game for a few years (since I restarted that is) I've got a fair grasp of all of the books. Writing this blog helps as I review each new codex and learn a lot about the army in the process.

Trouble is, even if you think you've got a handle on everything involved in 40K as it is today, there's the potential that a new codex will be released next week (and indeed the AM book is out Saturday) that could change things dramatically. Before 6th edition you realistically had 3-4 months (if not more) to learn about a new codex before another army got an update. Some armies rules stayed the same for years at a time. Of course it's in GW's interest to keep updating army books so we buy them and the new units they introduce but this is a difficult concept for a new player.

I don't think this problem is limited to 40K. I don't have much knowledge of other games like Warmachine, Malifaux, Infinity, etc but I'm sure they have similar new player issues. Still though, the way 40K is going recently I'm amazed anyone manages to pick it up. Veteran players are being put off by the constantly changing rules and poor FAQ support. They're the ones with hundreds/thousands of pounds/dollars/euros invested in the game. New players may have only bought a few units so they're much more likely to be put off.

Has anyone else had difficulty introducing a new player to 40K? How did you go about it? What could I be doing differently?
Posted by From The Fang at 17:00:00