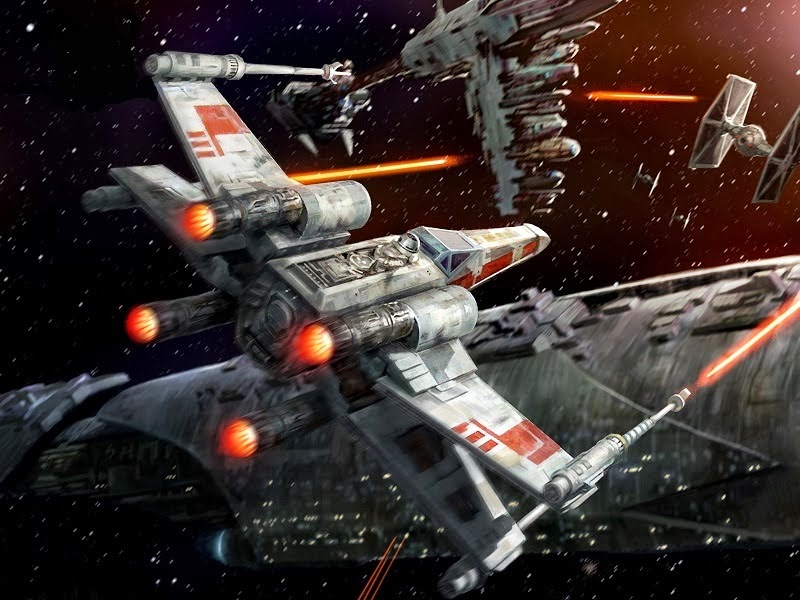 As you may have noticed, I'm pretty obsessed with the X-wing Miniatures Game from Fantasy Flight Games at the moment. I could extol the virtues of the game until the cows come home but others have already done that. What I want to talk about instead is FFG's approach to competitive play. Now, you may remember that Matt and I were determined not to play X-wing tournaments so that our enjoyment of our casual games wasn't spoiled by always wanting to test tournament combos.

We all knew that wasn't going to last right? Well we're at the stage now where we're both naturally finding the best combinations we can and playing the games more competitively. At some point we'll play through all of the missions as fun games but in the mean time we want to try and work out what we'd run at a tournament when we inevitably can't resist any longer.

To this end I decided to do some research into what the rules were for playing in X-wing events. The first thing I came across was their Tournament Rules PDF which details exactly how competitive X-wing works. These rules couldn't be clearer and, whilst I haven't tried them out, it appears they've covered most eventualities. Tournament games are all played for what 40K players would know as VPs where you score based on how many points you've killed of the opponent's squadron. This obviously makes things simple and minimises the problems of coming up against a particularly enemy squadron which would make a mission impossible for your list. This is only possible because there's an excellent balance to the game. There's nothing that seems particularly overpowered (in my limited experience) and all the ships seem to have a place. I'll be interested to see if this trend continues as they add more ships.

The GW tournament packs for their official events are nowhere near as well written. Now I appreciate that X-wing is a LOT simpler than 40K but still it's clear there's been a lot of thought about how tournaments will play out. Another interesting thing is that ships are only tournament legal once they've been through the FAQ process. Can you imagine if the same rule was applied to 40K? There's obviously only two factions and limited releases but still. There's no reason GW couldn't be on top of their FAQs like this. As far as I can remember there hasn't been a decent round of FAQs from GW since something like September last year! Of course, you could argue that both companies should be play testing these rules to minimise the need for corrections and clarifications but you have to be realistic, there's always going to be unexpected issues. I have to say the FFG FAQs are pretty thorough though and it's rare that something isn't covered. Could you say the same of GW ones?

I know it's been whinged about at length on the interwebs but seriously, how difficult would it be for GW to produce some FAQs? Hell I'd happily work on them on their behalf for free just so I could play a game without so many grey areas! Whenever we do get FAQ updates they seem to barely cover the main issues. There's a list as long as my arm of units that are either unusable or with questionable rules. You shouldn't need to check with a TO or individual opponent about which version of a rule they adhere to.

FFG have a system of official tournaments which start at store level followed by Regional, National and the World Championship! As I understand it FFG fly the players over to America to play in the World Championship event. GW wouldn't even give you bus fare. These tournaments have prize support provided by FFG. Now these aren't amazing prize and rarely involve models but still, it's an infinite improvement on what GW offer.

Rules for Free
Another thing that surprised me is that FFG offer the rules for X-wing FOR FREE on the website in PDF format! Again, the rules are a lot simpler but why couldn't GW offer the core rulebook for free with people still paying for individual army books? FFG insist on official products at their tournaments (like GW do at WHW) but that really isn't an issue. Games Workshop are always quick to tout themselves as a model company who just happens to supply rules. If that's the case there's no reason those rules couldn't be free. Of course there's a lot more fluff involved in their books but I'm sure people would still buy books. Let's face it there are plenty of illegal versions of their rules on the internet no matter how much work they do to stop it. Why not take control of that and release rules for free?

Release Schedule
FFG have recently announced that the Rebel Aces pack will be hitting the shelves in Q3 of this year. That's roughly six months in advance. Official announcements of models from GW are now somewhere between a week and a fortnight in advance. We all know GW have this idea that if they tell us what's coming we won't buy it but simply wait for the other product later but how realistic is this? When FFG announce a product they not only show us pictures of the models but also give a thorough breakdown of the rules with preview articles and suggested tactics. They then encourage players to discuss the new releases on their own forums meaning Warseer and their ilk don't need to exist.

GW make noise about trying to control the rumour mill but if anything the hype built up by the rumours helps sales. Fantasy Flight can't physically make the models quick enough to keep up with demand at the moment. This for me is the main problem FFG have at the moment. Some ships simply aren't available for months at a time and when they come back in stock they quickly sell out again. GW may have had the odd time when they're hit by unexpected demand but for the most part you can get your hands on everything in their extensive catalog pretty easily. 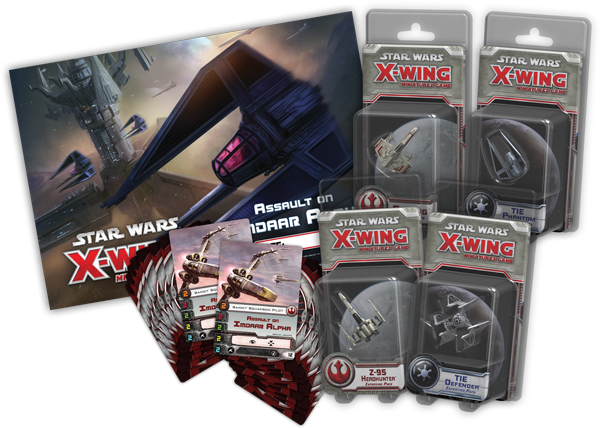 When there's a new release FFG also encourage stores to run events where the new models are promoted and there's a chance of winning one of the kits long before release day. For example they're running Assault on Imdaar Alpha (or something like that) at the end of May to preview their Wave 4 ships.

Conclusion
There's no question that FFG and GW have wildly different approaches to customer relations. It's such a shame that GW can't learn a thing or two from their American counterparts. FFG aren't perfect but you can forgive them because miniatures are a relatively new avenue for them.

To an extent comparing these two game systems is unfair. 40K is significantly deeper and more complex which makes it naturally harder to regulate and balance but it just never feels like GW really try. The way 40K is at the moment I'm not hugely keen on playing in tournaments and I'm finding it more and more difficult to find the enthusiasm for running one either.

The key difference is the secrecy of GW contrasting the openness of FFG. Both companies seem perfectly capable of shifting kits but I know who's strategy I prefer. Of course I'll still be buying GW models but it doesn't mean I'm any less frustrated about the way they do business. I can't say this is anything new but my experience with FFG in the early stages of X-wing addiction have been a lot more pleasant and brought my dislike of GW's tactics to the fore.
Posted by From The Fang at 17:00:00