A Change is as Good as a Rest 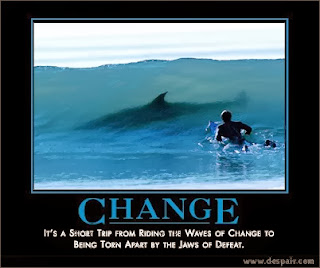 It isn't what you're thinking, I'm not quitting 40K. I may have been quite over recent weeks (and I still haven't finished writing Blog Wars stuff up) but that's largely down to trying to get everything ready for our new arrival rather than losing interest in the hobby. What I mean by the change is that I've been playing Tau rather a lot recently. I was simply having too much fun using an army I've loved for a long time and actually winning games. There's no doubt that the codex is incredibly powerful at the moment. In fact, unless another book comes out that can really deal with them, Tau will remain high up in the rankings for a good while I'd expect.

Trouble is, if you show up to an event with a Tau list you're generally met with groans and sighs. When I used to take them in 5th edition and early 6th they'd be met with a much more welcoming atmosphere. This was probably mostly due to people being pretty confident they could beat them which is rarely the case at the moment. Anyway, my last tournament of the year will be Kill It With Fire at the Outpost next weekend. Whilst I'm a big fan of tournaments that encourage fully painted armies, the tournaments at the Outpost don't require any paint at all.

This gives me an opportunity to take my Dark Eldar to a tournament. I've used them at a previous Blog Wars towards the end of 5th edition but that was a webway based list that simply isn't viable anymore. That meant I hadn't needed to paint all my vehicles up so they're mostly sprayed black. I'd love to say I'll get some more paint on them by next weekend but that simply won't happen. Anyway, here's what I'm going to take: 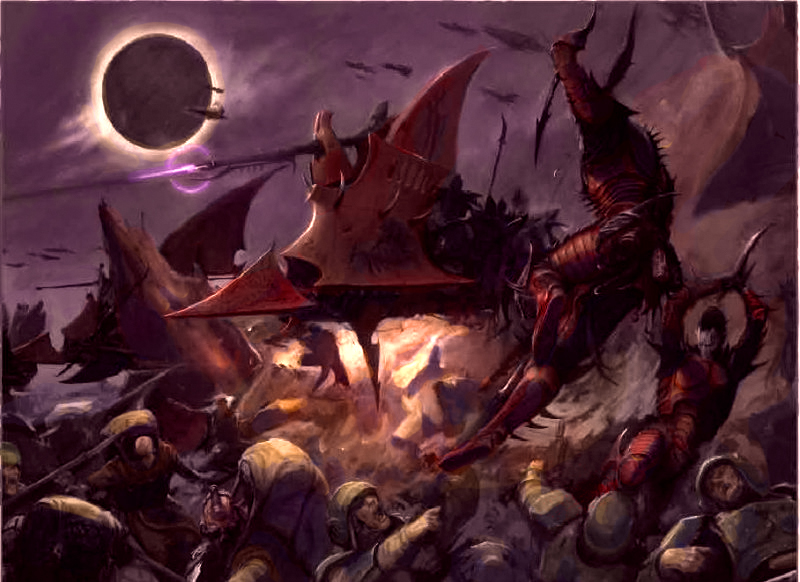 Short but hopefully sweet. In these days of alpha strike I was tempted to run Baron Sathonyx just for the better chance of going first. However, by taking Dark Eldar I'm already not worrying about competing too much so I've gone for Duke because I find him more fun. The problem with Baron is you either need to take some Hellions (which are fairly crap unless you take hundreds) or some allied Eldar seer council kind of thing. Neither of which really appeals.

Essentially my opponent is presented with four venoms, two raiders and two ravagers. Now it's well known that AV10 open-topped vehicles are pretty much paper but hopefully I can keep them alive long enough to do some damage. Any Dark Eldar player knows it's difficult to take down vehicles but with the ravagers, multiple blasters and dark lances from the raiders I should be fine. Failing that I've got the haywires but they should be a last resort.

Duke is great when combined with wyches/reavers as he makes two rolls for combat drugs. This gives you a good chance of getting the appropriate drug for the job. It also helps avoid the useless 3D6 run which can't even be used by the reavers. He's also pretty fun when you combine him with the trueborn. Thanks to his Serpent's Venom rule his squad are wounding on 3s against everything. Combine this with the blasters and his blast pistol and they can soften up an MC before charging in. Sliscus can then either strike first or else hopefully survive with his shadowfield long enough to make the most of his 2+ poisoned blades. His squad have taken down dreadknights and the like in the past and they'll be awesome against riptides (assuming they survive long enough!

There's a lot of fire coming from the venoms and kabalites. Obviously it's tricky to keep the venoms alive but you can keep range from most things and if something comes in close you can get into rapid fire range and hopefully deal with it. The reavers are also anti-infantry but might be useful in objective games (not that there are many at this tournament) for that last minute contest.

My only nod to anti-air is the voidraven which can be nasty if you can use the void mine to full effect. I usually end up missing with the void lances but in theory they can be good for taking down enemy flyers. Of course it'll flop to interceptor fire but there's a chance the flickerfield will keep it alive long enough to at least get some shots off and it'll never need to evade.

Ultimately, you can't play Dark Eldar if you're worried about losing some vehicles. Hopefully I've got enough of them to keep most opponents busy but as ever it really depends on what I come up against. I'd love to play bikes or similar as their T5 is irrelevant.

If nothing else I'm lookign forward to taking something different. Perhaps I'll be inspired to finally get these guys painted up. I hope so anyway.
Posted by From The Fang at 18:30:00