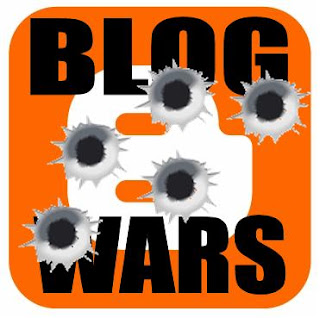 Well with the tournament only about 36 hours away and my army pretty much finished I thought I'd share with you a list of the special characters which will be making a (mandatory) appearance at the tournament. For those who didn't know every list has to include a special character. The reason for this was to try and encourage people to use "friendlier" lists which has, for the most part, been successful. It's encouraged people to try out new things and it'll certainly make the games more interesting in most cases. Anyway, in attendance on Sunday will be *drumroll*:

As you can see there aren't too many duplicates. There's 2 Kharns, 2 Draigos and a couple of Harkers. Rather pleasingly there's 4 different Space Wolves characters which you can read more about using the links on the right. The eagle eyed amongst you will have noted that there are only 24 on the list. This is because one Tau player and an Elysians (Forge World) player have used their option to be exempt from the requirement. This shouldn't affect things too much I hope but that remains to be seen.
As I've mentioned before there'll be a competition for best painted SC. This means it's worth putting a few extra details on to their models even if you don't have time to do it for the rest of your army. It also means that those two players will unfortunately be unable participate in that part of the competition. There's plenty of other prizes on offer though. With potentially 9 prizes available that means hopefully a third of the people there will get their entry money back! Not bad I reckon. Obviously, some jammy sod will end up winning more than one prize. I must point out that I'll not be eligible for any of the prizes to ensure my impartiality which is a shame because I could do with some Maelstrom cash! It also means you get a 3 in 25 chance of scooping a raffle prize!

Anyway, some (possibly) interesting data on the armies attending. There'll be 5 Imperial Guard players (roughly a 20%) which is no big surprise because they remain a strong tournament army and with their cheap special characters it's easy to write a Blog Wars list. There's 4 Space Wolves, 2 BA, 3 CSM, 1 DA, 1 BT, 2 vanilla and 3 GK lists which means a total of 16 power armour armies or just under a third. There's therefore 69% loyalist Imperial armies. The remaining 5 armies are Orks, Dark Eldar, 2x Tau and Tyranids. There's quite a bit of variety then but there's good chance you'll play Space Wolves or Imperial Guard. Not really surprising given it's an SW blog and IG are always popular at tournaments. I'm really pleased to see a couple of Tau lists as they were my previous army before SW. I'm very thankful to Venerable from SoS for bringing DE in the end as I'm considering them next.

That means the only codexes not represented are Eldar, Necrons, Daemons and Witch Hunters. Sad there's no Necrons because I've never played them but since they're one of the oldest codexes it's hardly surprising. Daemons would probably have been represented by Darren from C&F who sadly isn't attending. There's often a couple of Witch Hunters armies at bigger tournaments though as they remain pretty competitive. At one point there was going to be an Eldar list but that player changed to CSM at the last minute after he discovered they aren't that great any more! Bit of a shame since I've got an Eldar army tucked away.

Hope someone other than mean found all those stats interesting. Tune in tomorrow for pictures of my (hopefully) completely painted army for Blog Wars! I promise there aren't too many more Blog Wars related posts coming up for those who are sick of hearing about it!
Posted by From The Fang at 21:00:00