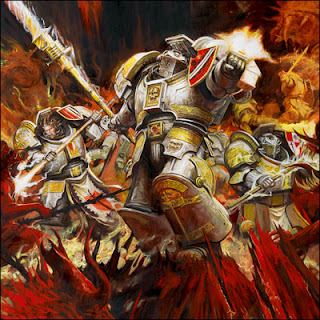 GW have announced that the new Grey Knights codex with a few new plastic sets. The knights and terminators boxes look very similar in design to the SW ones in that they're the same price and contain tons of parts that will make for plenty of conversions. 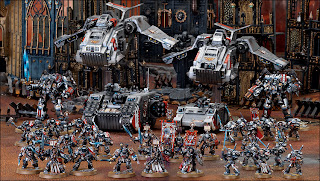 I'll be interested to see the dread knights in action. They're an awesome model and will be a striking presence on the table. Matt has a small DH force that I'm sure he'll bolster with the new codex. 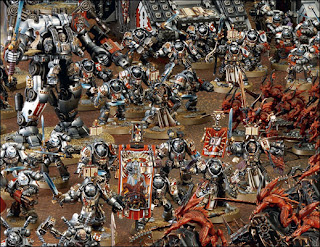 I hope now they've got another marine army out of the way they might give my Tau a look in. I've been pretty impressed with the 5th codexes and I include Tyranids in this. The miniatures GW are making at the moment are absolutely gorgeous. I'm a big fan of plastic kits as they make conversions easy and you end up with unique looking armies rather than a horde with 3 different variants. 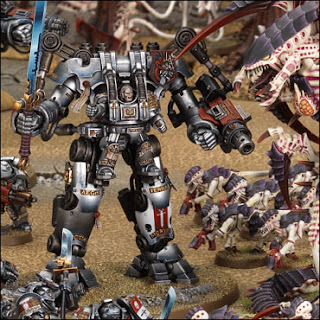 I think it's a great time to be involved in this hobby of ours and I just hope my wallet can take it. I'm currently flogging some of my Eldar stuff on ebay and hopefully after my wedding I'll be able to look into another army.

Anyway, for full details of the new Grey Knights, which will come out early April, head to the GW site and play spin the dreadknight there! Oh and get those rune weapons ready and practice rolling 4+ because nearly EVERY unit in the Grey Knight army can use a psychic power!!
Posted by From The Fang at 19:44:00