Sorry for the delay in getting these up but I've finally managed to get the internet installed in my new house so I should be back to regular posting. There's already a lot of things I need to post about that I haven't been able to but I thought I'd finish off the Blog Wars 4 stuff first.

Let's with a look at some of the entries from the competition. First off here's the tournament winner, Andy Humphris' (Sons of Sanguinius), Necrons. I have to say I'm a fan of the fading purple look and this army makes me determined to try airbrushing at some point. If for no other reason than how quick it seems to be!! 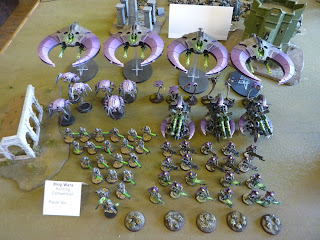 Here's Nathaniel Gibbs' Grey Knights. There are some excellent conversions in here and in particular the dreadnoughts with wrist-mounted autocannons. Nathaniel was a close runner up in both the Best Painted Army and Best Painted Special Character votes. 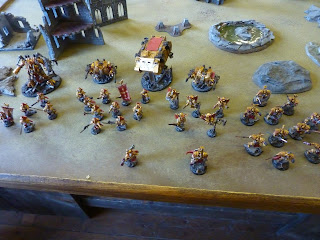 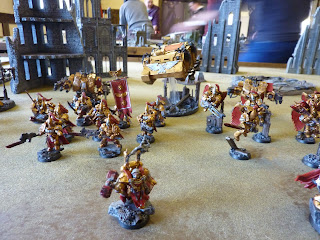 Andy Gosling (Iron Legion) has been working on his "one force" marines. The idea being that his models can be used to represent an army from several different space marine codexes. It's an intriguing prospect as it helps keep both costs and painting time down. Think of it as insurance against your codex becoming useless in comparison to that new one that just came out! Here they're used to represent Blood Angels in his "Team Fist Bump" which sees them in an interesting combination with Necrons! 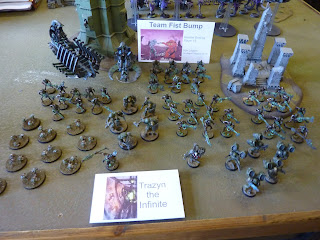 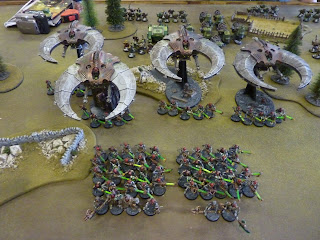 Here's Andy Lane's (Claws & Fists) Tyranids. He's been working on the army for a little while and its always interesting to read how someone develops their list over time. 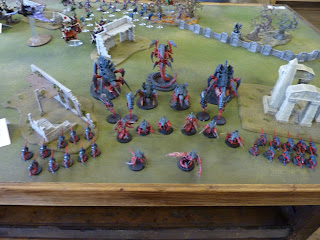 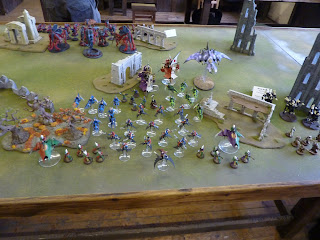 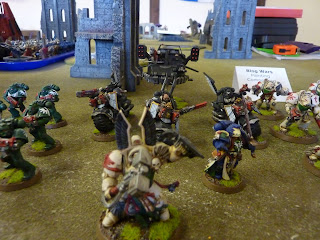 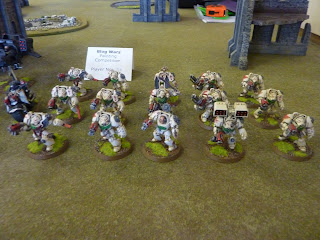 So let's move onto the winners. Firstly the Best Painted Special Character award went to Dimitris Kiourtsoglou (hopefully spelt that right!) who was a well deserved winner with his Epidemius conversion: 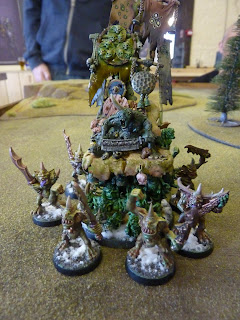 Dimitris' army also featured some nurgle jetbikes which at first glance you might think were converted from the new Horus Heresy ForgeWorld models. However, as Dimitris demonstrated they were actually scratchbuilds, impressive stuff! You can read more about this army on Dimitris' blog. 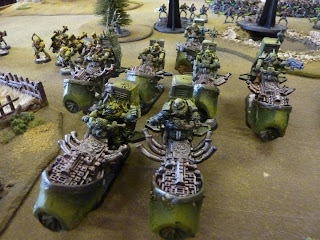 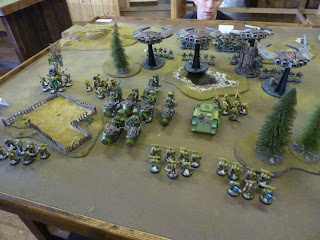 Last but not least, the winner of the Best Painted Army award was Graham Sanders. You could tell from the look on his face when I announced it that he wasn't expecting it. However, I was thrilled to see he'd won when I totted up the votes. Had I been judging the competition I'd have certainly picked out his Squats for the prize. Graham has been working on that army for as long as I've known him (if not longer) and it was great to see them finally making it onto the table top. Some people (not me, honest) would call his Squats the "Blue Peter" army since he's made use of various household objects to make them. Anyway, I'll leave you with the pictures but you should read more about the army on Graham's blog. 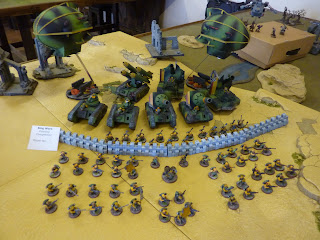 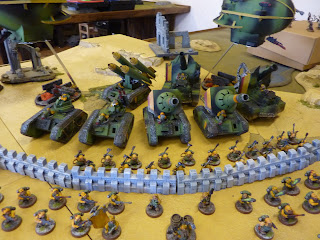 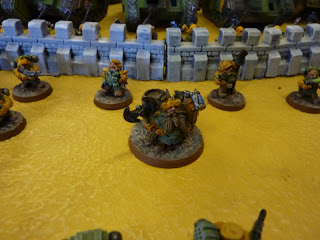