Following on from yesterday's post about the Armies on Parade competition. Here's a selection of the entries in the Golden Demon contest. I find these models inspiring and demoralising in equal measure. On the one hand you get some fantastic ideas for your own army but on the other you realise your models will never look anything like the masterpieces in front of you! Here goes: 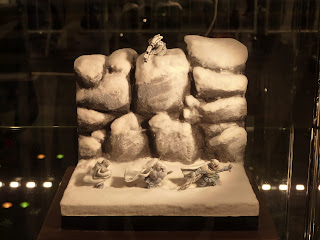 I particularly like this one as there's a feeling of it being a scene from an actual battle. The poses of the models really convey them trudging through a blizzard too. 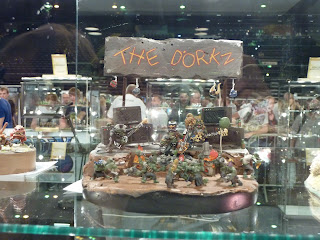 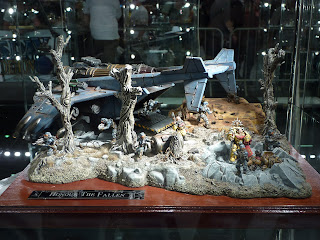 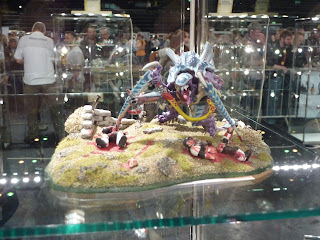 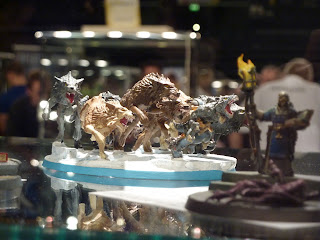 My picture doesn't really do it justice but the entry above has a pack of fenrisian wolves with a space marine in the throes of a transformation into a wulfen leading them in a charge. The entry below was very clever with the guardsmen treading carefully over an ice plain that's got a hidden surprise for them. 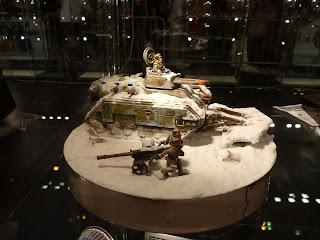 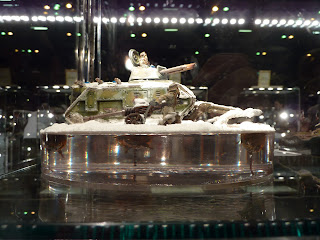 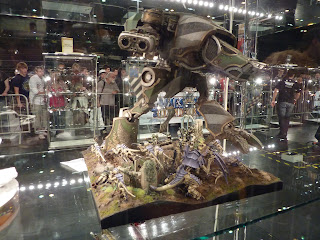 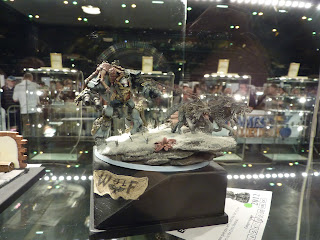 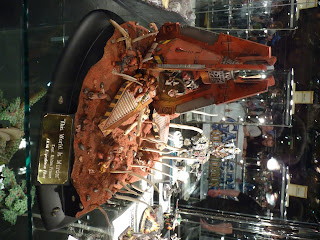 This one shows a scene from Murder in the early Horus Heresy novels. Anyone who's read the book will remember the bone coloured trees and the chittering bugs. Shame they haven't constructed a megarachnid though! Below is the eventual winner of the Slayer Sword which again isn't done any justice my photography but GW did a better job on their site. 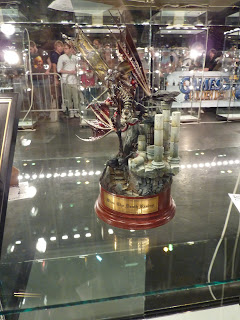 The next few entries come from my favourite catergory "Duel". These entries all seemed to convey a struggle to the death between two opposing warriors and are particularly apt in these days of Challenges: 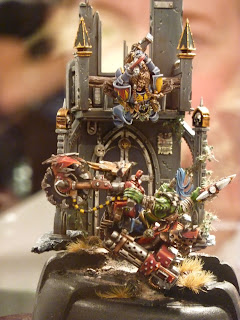 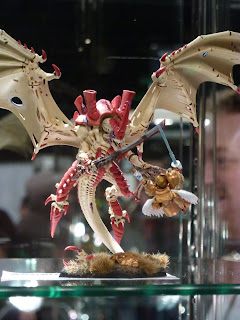 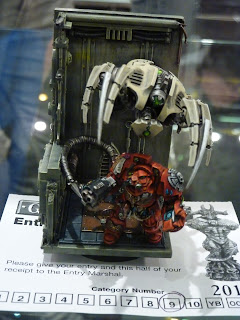 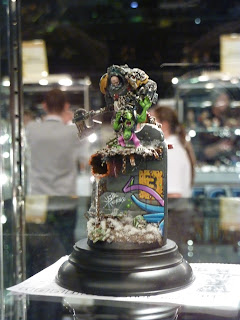 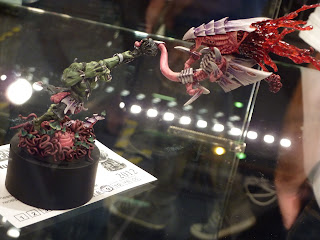 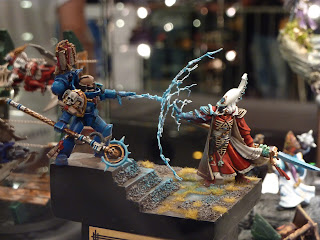 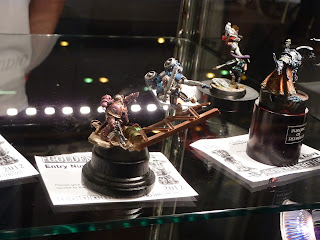 Here's a selection of my personal highlights from the rest of the competition: 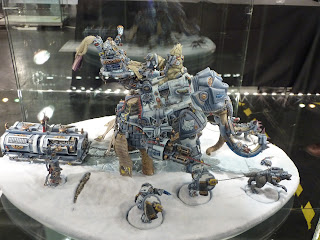 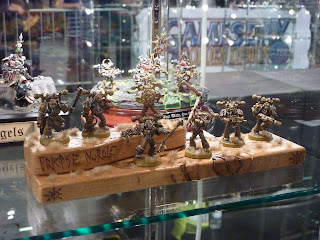 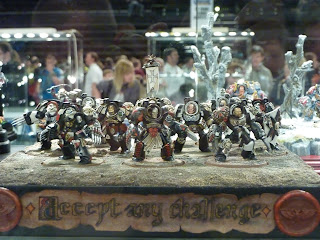 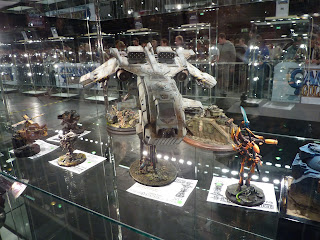 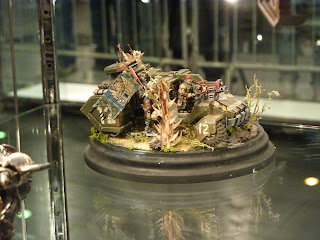 The rest of the models come from the open category. I'm a big fan of these larger scale models as they present a very different challenge when it comes to painting them. I know Scott was tempted to pick one up from Forge World and have a go: 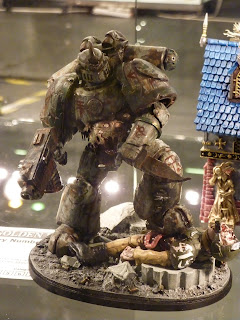 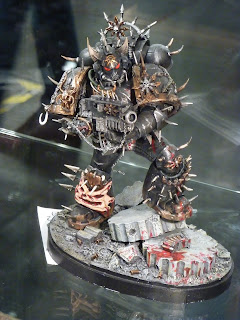 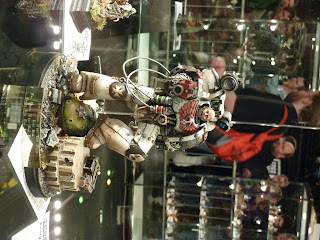 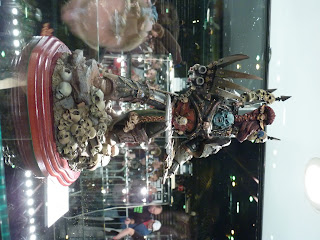 Finally, here are a couple of models that must've been painted in quite a hurry! 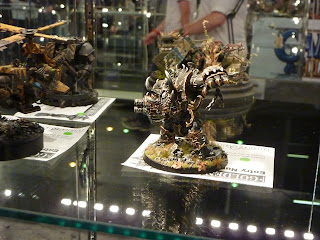 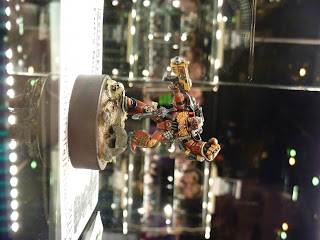